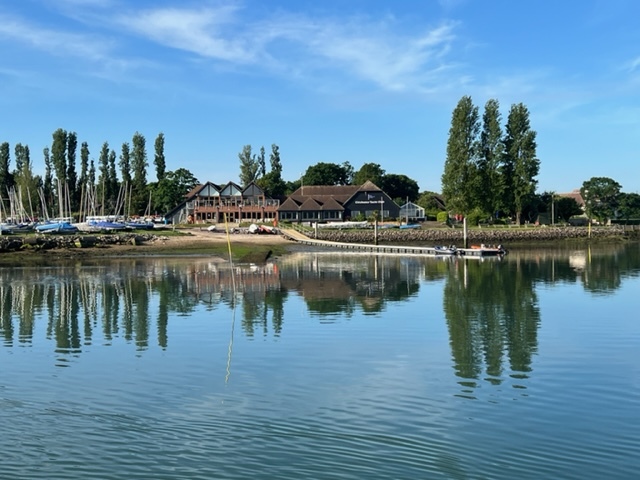 Sunshine, light wind and high pressure were forecast for the Chichester rally 21st-22ndMay.
I had crewed for Charles Dingle aboard Wakatere during the brilliant Lymington rally at Easter. It was now my turn to host Charles aboard my Westerly Konsort Polar Bear.

After an incident free departure from Haslar, we found ourselves drifting on the eastbound flood in hardly a breath of wind. We motorsailed for a good while,and, as we approached Horse sand fort a light breeze came up from ESE. A little later between horse elbow and winner south the wind had freshened to a F4 from the SE.We decided to sail for the nab tower, then jibe and run back to Chichester. We reached the harbour mouth around 14:00.

The approaches, east head and Stockers were straight forward. As we came up to the Thorney and Bosham channel areas; there were literally dozens of small racing dinghies and keel boats all around us! Charles and I had expected this, however, a cool head is needed here!

As we motored slowly through Itchenor reach we recognised the yacht ahead of us as, Blue Moon. Radio contact with the marina asked us to follow the commodore into the lock. Slowly, but slowly we came up behind Jonathan and Celeste and made fast in the lock.

A simple matter now,of heading for K17 our mooring for the night. There it was right up the top end near the marina! A turn to starboard and… oh! We've run aground! Alarm sounding, wriggling on throttle and rudder,and… we were free. Phew! After mooring up, a docking beer was more than welcome!

The pontoon party had been re scheduled for 17:30. Brian and Hillary hosted us aboard misty moon. Nibbles and a glass or two amid friendly conversation and gentle banter until 6:30. The dinner at Chichester yacht club now beckoned!

After a days sailing a good dinner is the rounding off what is normally a busy and often tiring day.

For me personally, Chichester did not disappoint. I thought the food was excellent, and well portioned. Of course the food and wine isn't the only recipe for a good dinner. The company, conversation and topics thereof play a big part too. Though I haven't met many sailors who couldn't spin you a yarn! On Sunday morning early Charles and I slipped around 07:00 to catch the ebb tide back to Haslar.

The beauty and tranquillity of Chichester harbour was abundant as we slowly made our way downstream.The frenetic contrast of the previous afternoon seemed to be from a different place.

As we sailed down towards East head, we could see a large and dense fog bank over St Helens roads. It seemed to be sitting over the island. As we cleared West pole and turned to a westerly heading we could see it might catch up with us! Half an hour later we were in it and, visibility was down to around 200yds. We were fairly confident that; the sun rising, the fog would disperse. Half an hour of it and sure enough, we started to see first the horse elbow, then the fort itself appear.

A straight forward approach to Portsmouth harbour followed. Tying up at Haslar around 10:30.

Summing up; A memorable weekend, good sailing, good company and a splendid dinner!

Those who went on the rally were:- 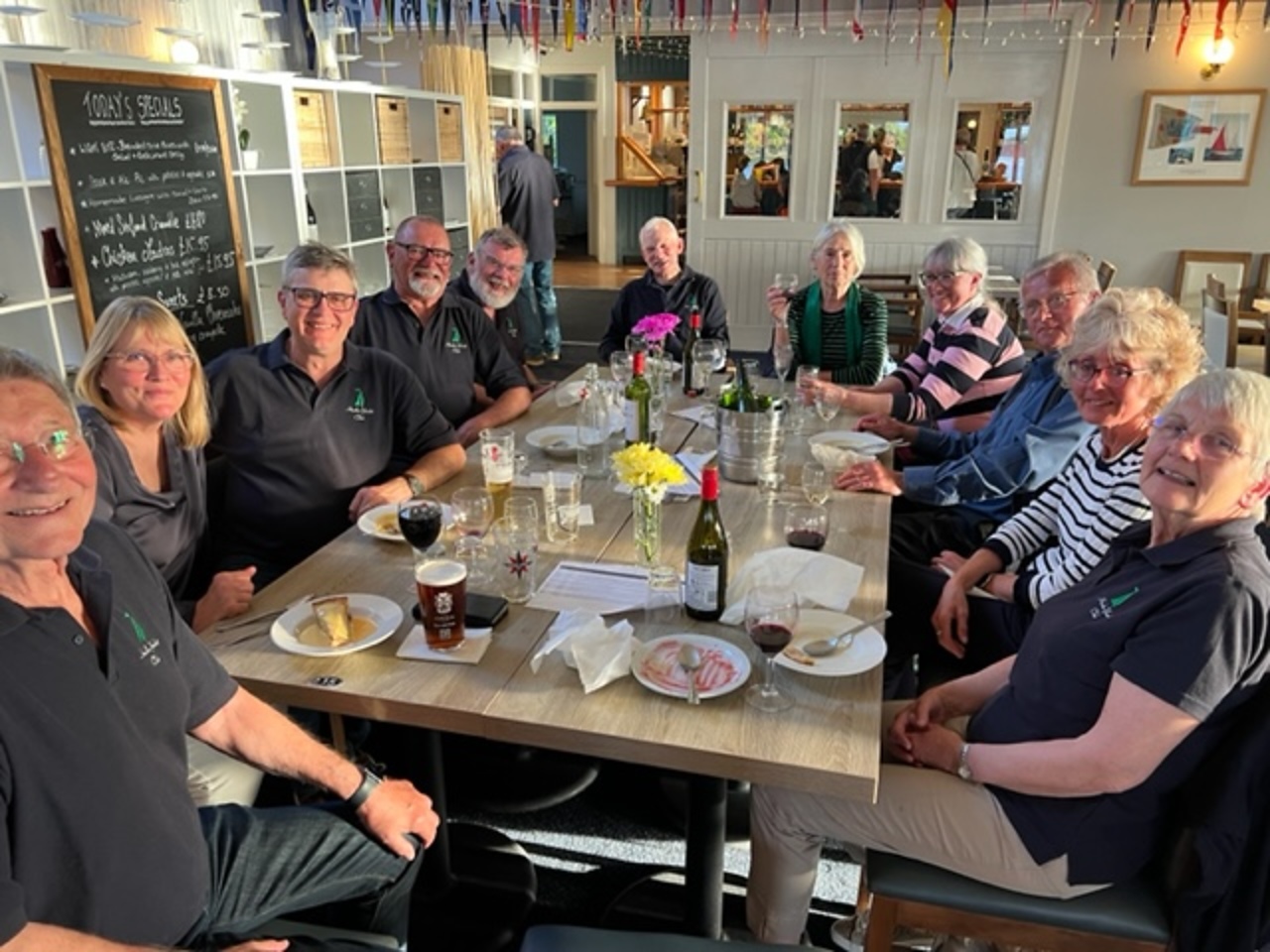 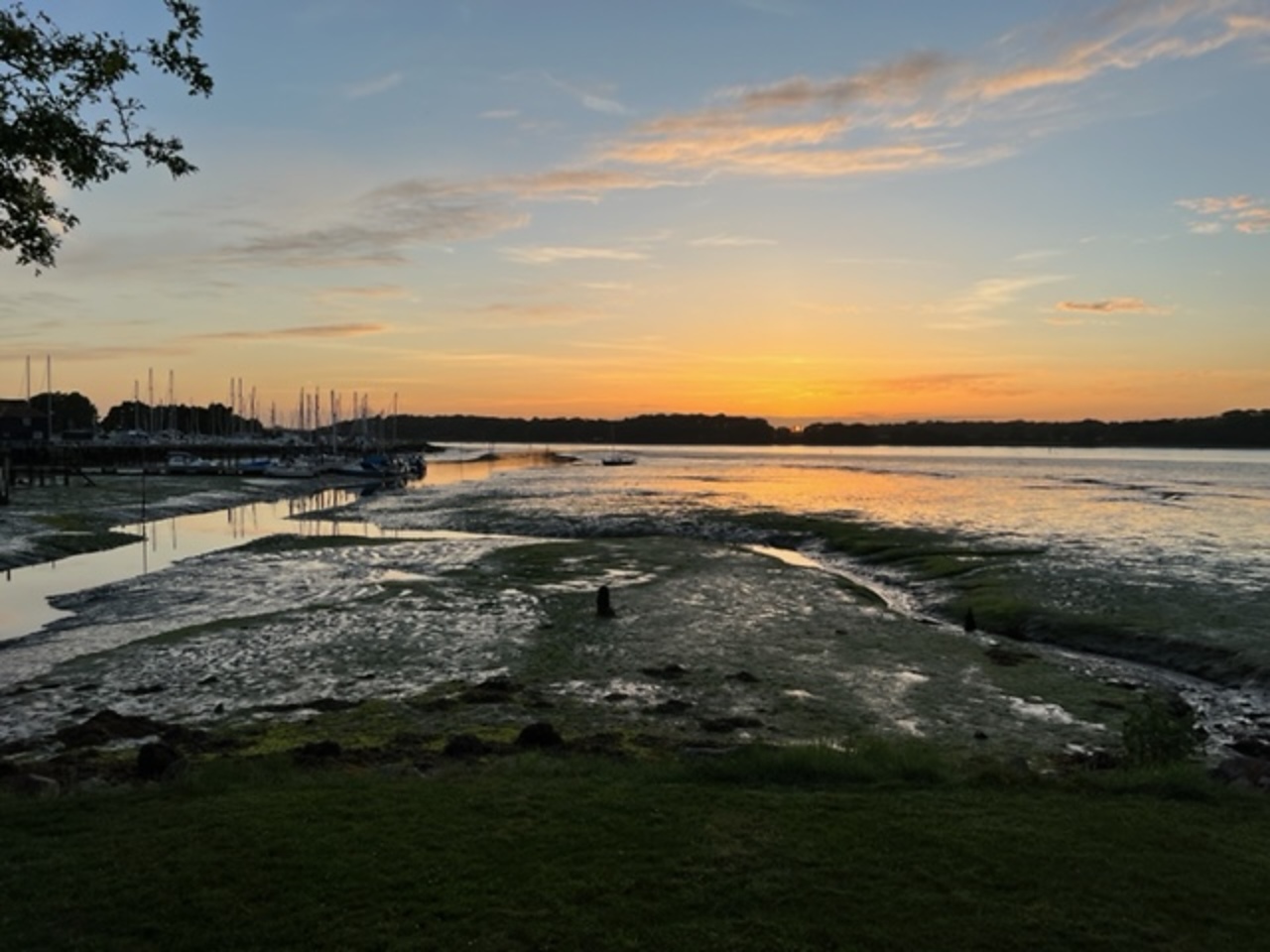 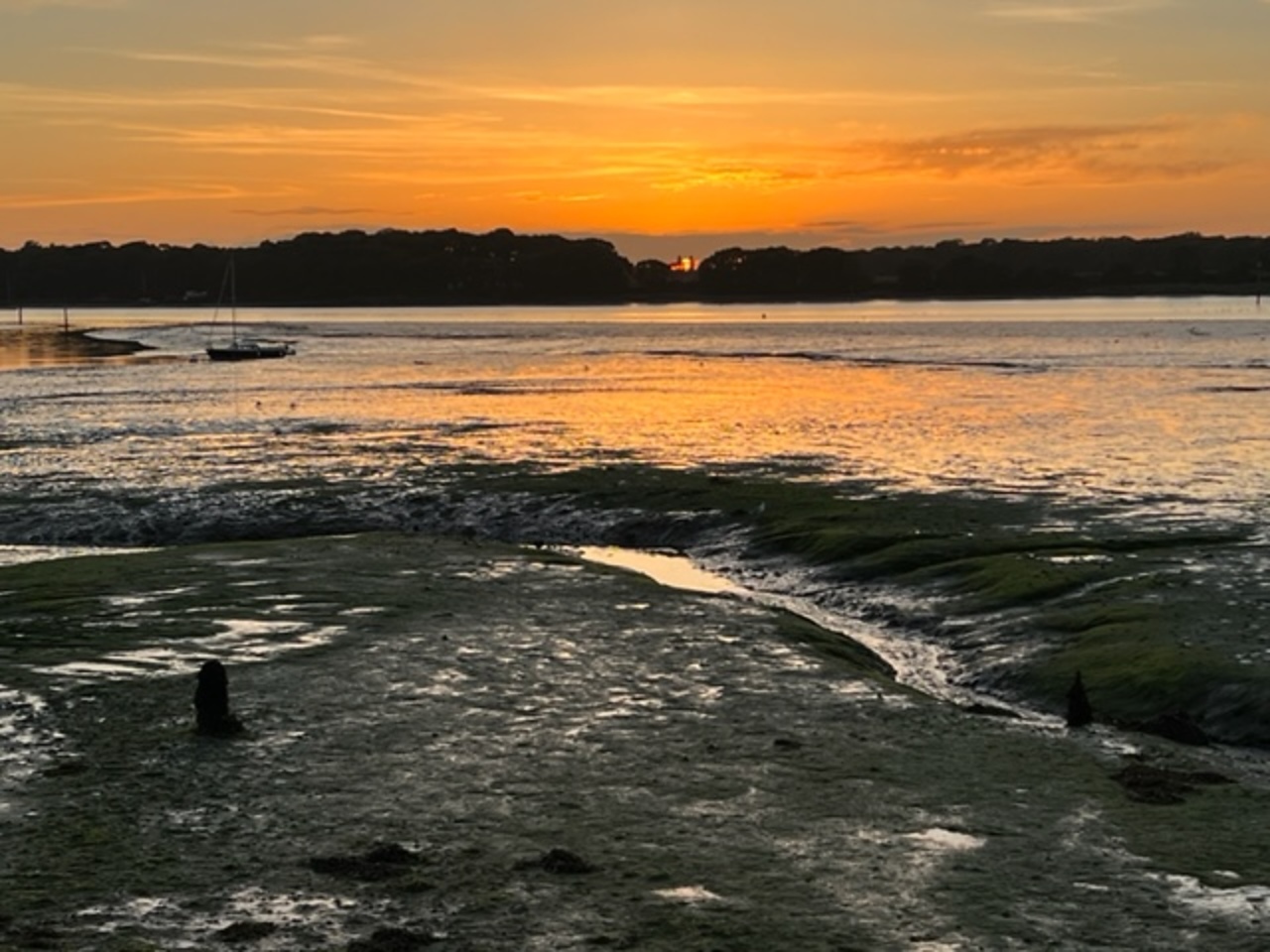 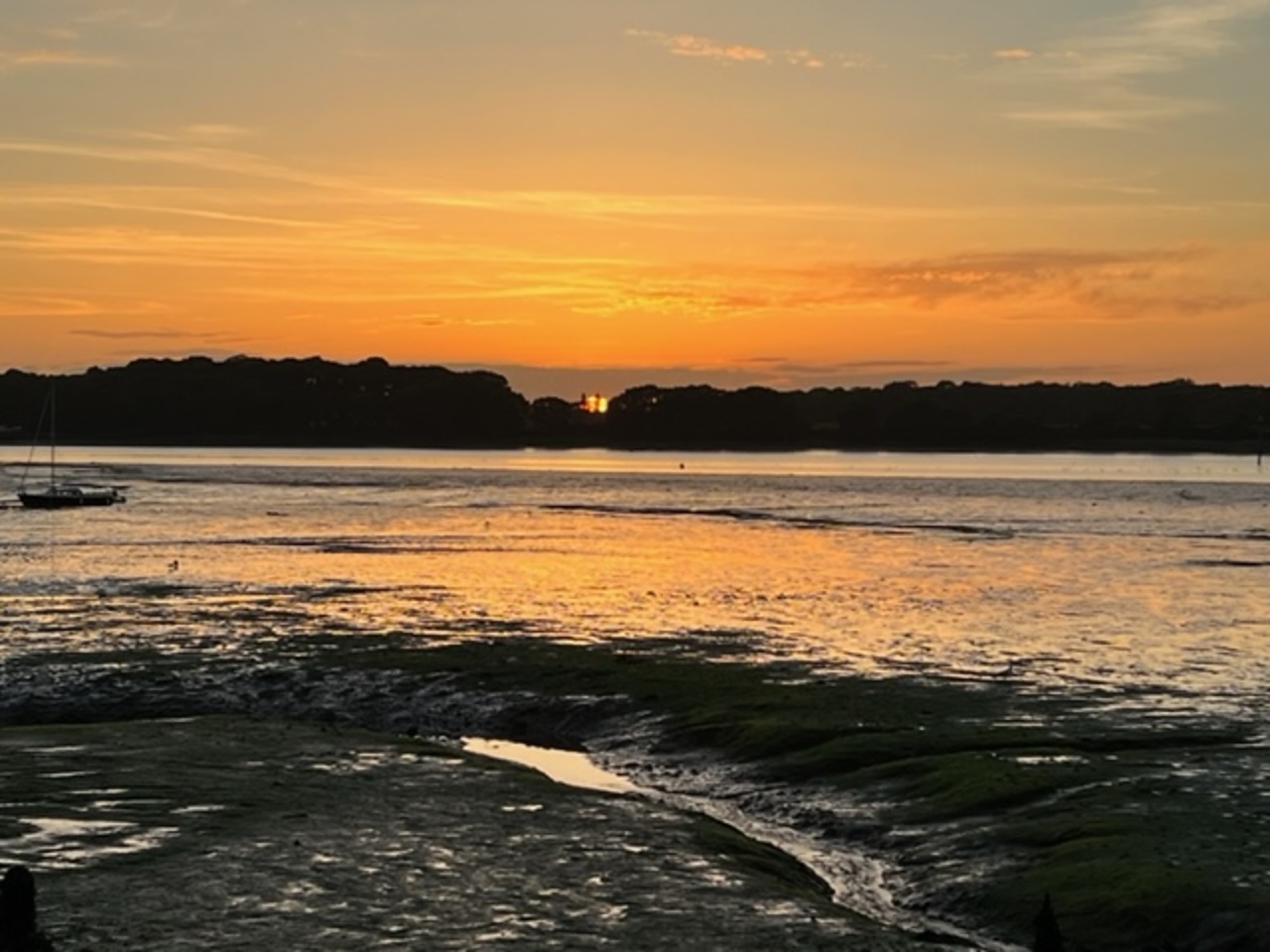 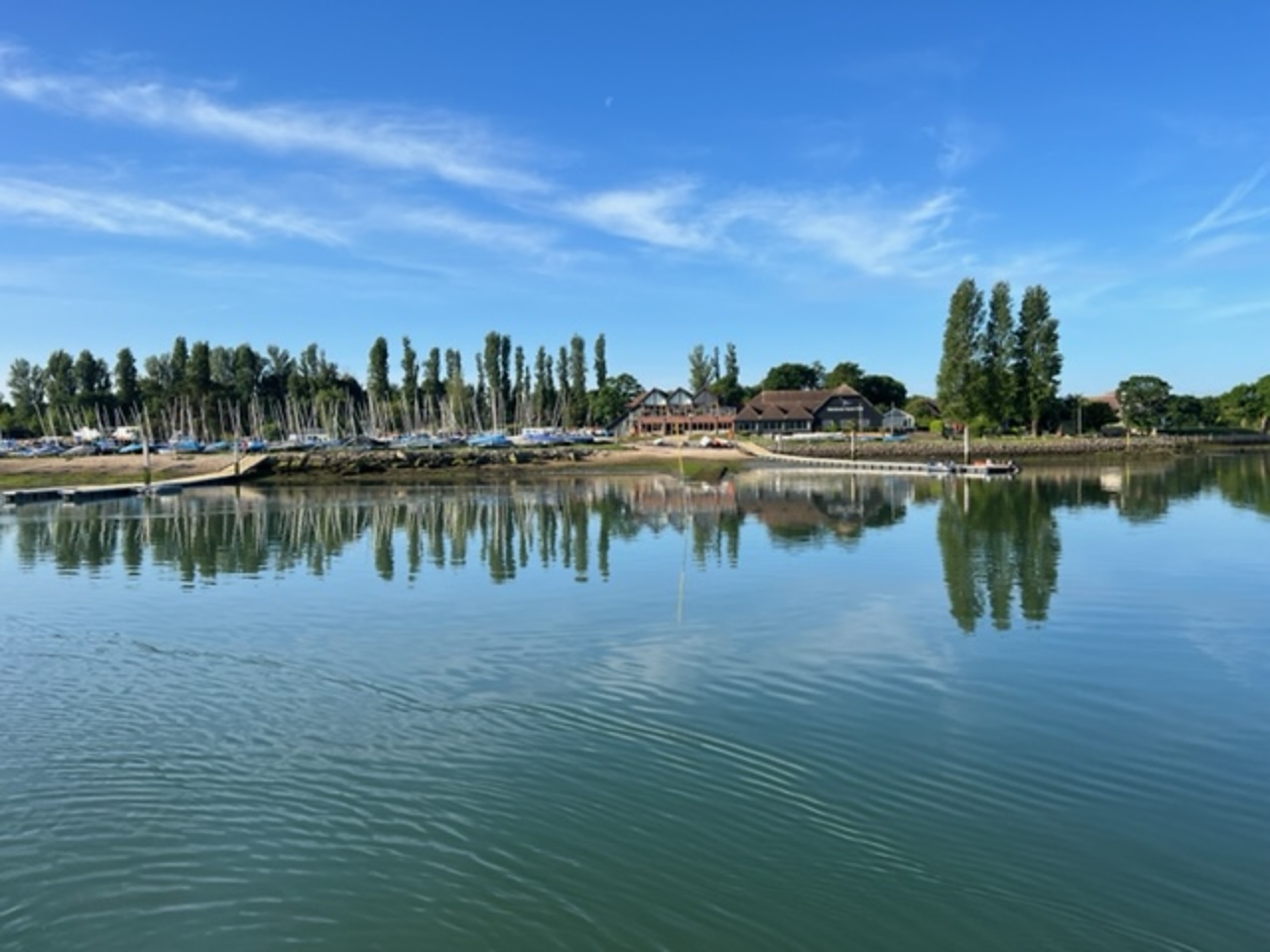