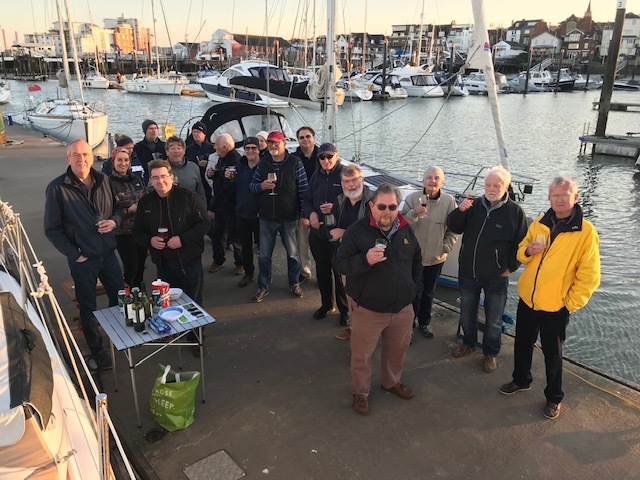 The first rally of the season is always an exciting one, and the Frostbite Rally was no exception. The weather conditions were never going to be a competitor for the more balmy weather that will come our way over the warmer months, but who needs higher temperatures to create enthusiasm? Certainly not the members of Haslar Yacht Club!

There is a pent-up enthusiasm for experiences right now. After nearly two years of limitations, many of us are hankering for wider horizons, to escape the Zoom meetings, look beyond the box sets, and sense freedom once again and getting out on Solent is an ideal way to welcome it back.

There were a good number of boats taking part in the Frostbite Rally, some of which were undergoing their first proper outing of the year. Its fair to say that the crossing to Cowes could have been a little calmer on the Saturday, if the wind had dropped from what appeared to be at least 30 knots, but who minds a little a starboard-port rolling? For those sailboats coming in from Southampton Water, good tacking was the order of the day. There was one mayday call we heard over the radio, but not from our yacht club so things could definitely have been a little worse!

On arrival in Cowes there were plenty of helpers to make sure that everyone got moored up neatly and easily, and then a pontoon party got the evening underway. It was just a short walk over to the Royal London Yacht Club for dinner, and the pre- and post  dinner visits to the bar gave everyone a chance to mix and chat with a decent drink in their hands.

Conditions for making it home on the Sunday were a little more generous and allowed far more use of sail power for those who were determined to get the main sheet up. Some sailboats made it back to Haslar under sail all the way, some mixed sail and motor and the motorboats had a bit of a smoother crossing. But we all arrived back safely, enthusiasm undampened.

Everyone seemed to have enjoyed the weekend, and it was a great start to the rally season the next one is our Easter Rally; a three night, four day event over to Lymington, 15th-18th April.

Those boats attending the Frostbite Rally were:- 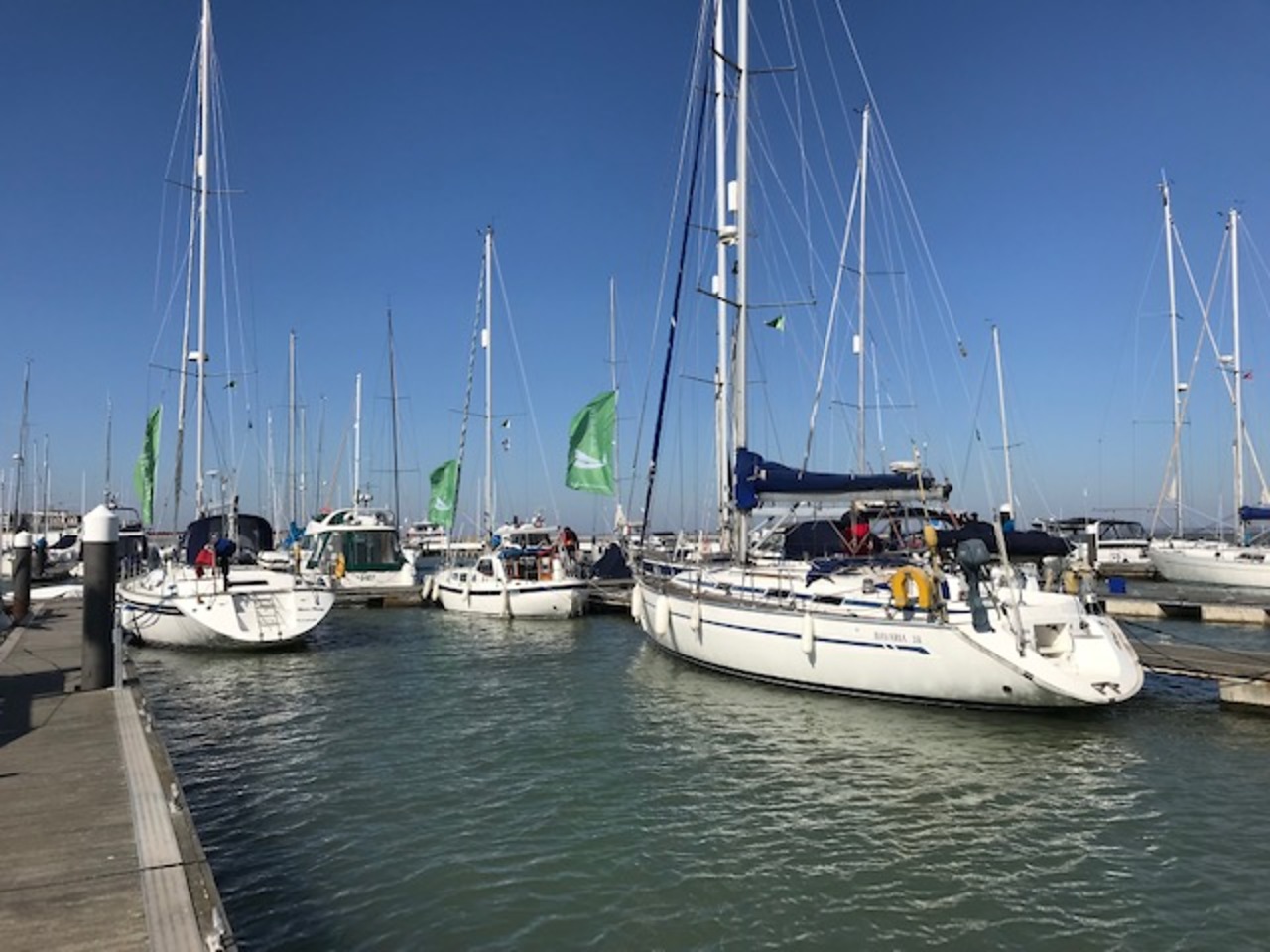 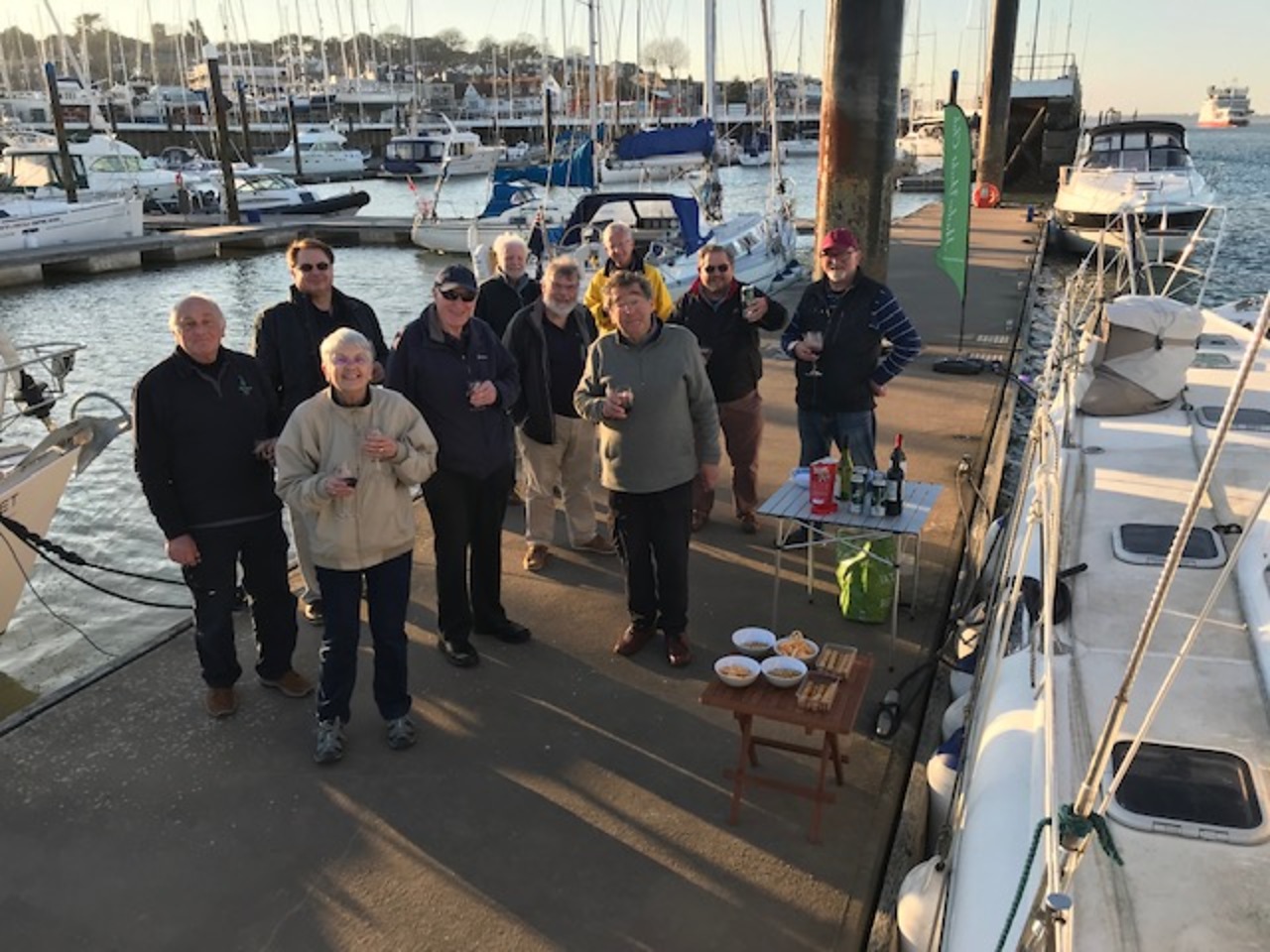 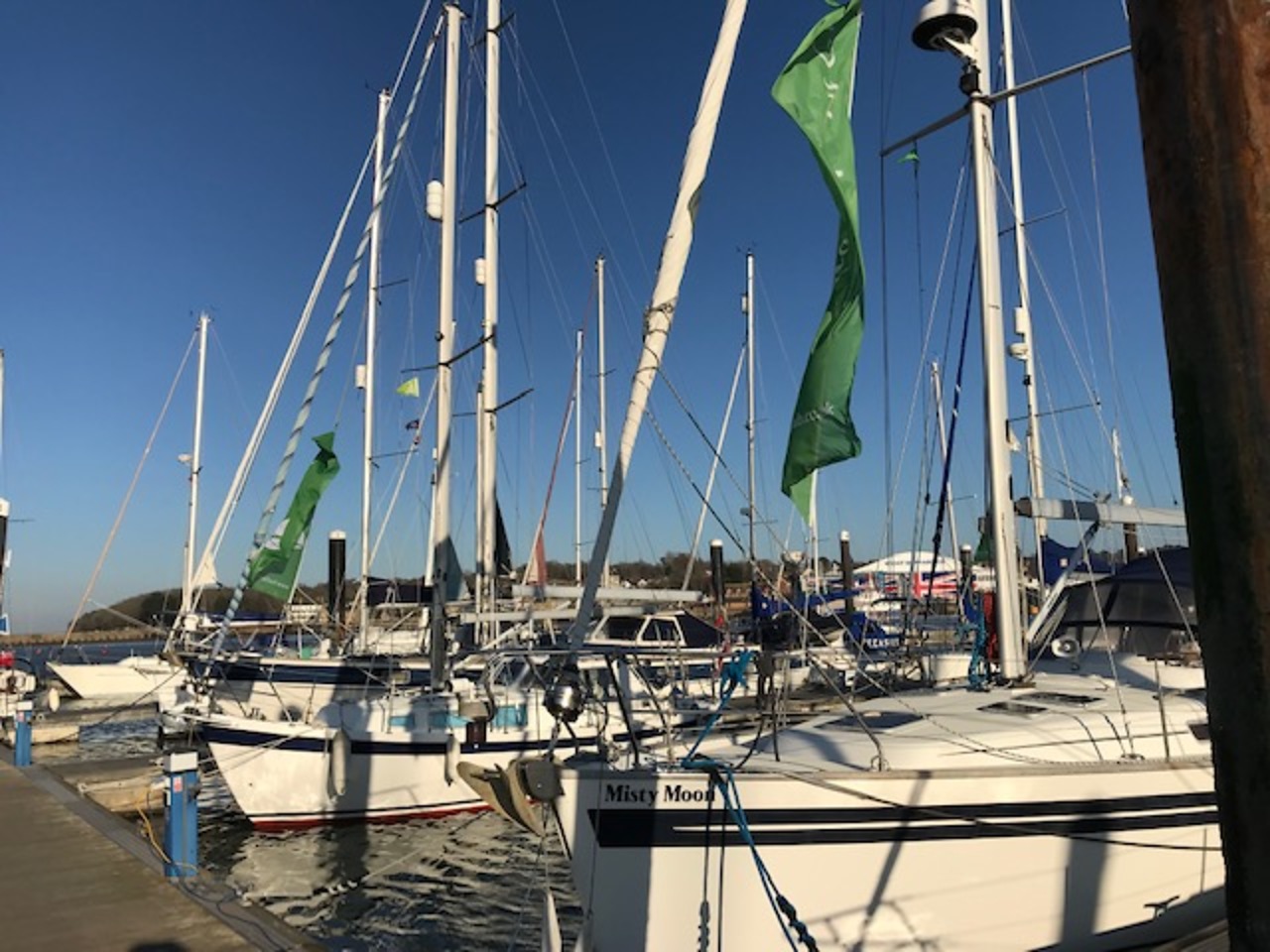 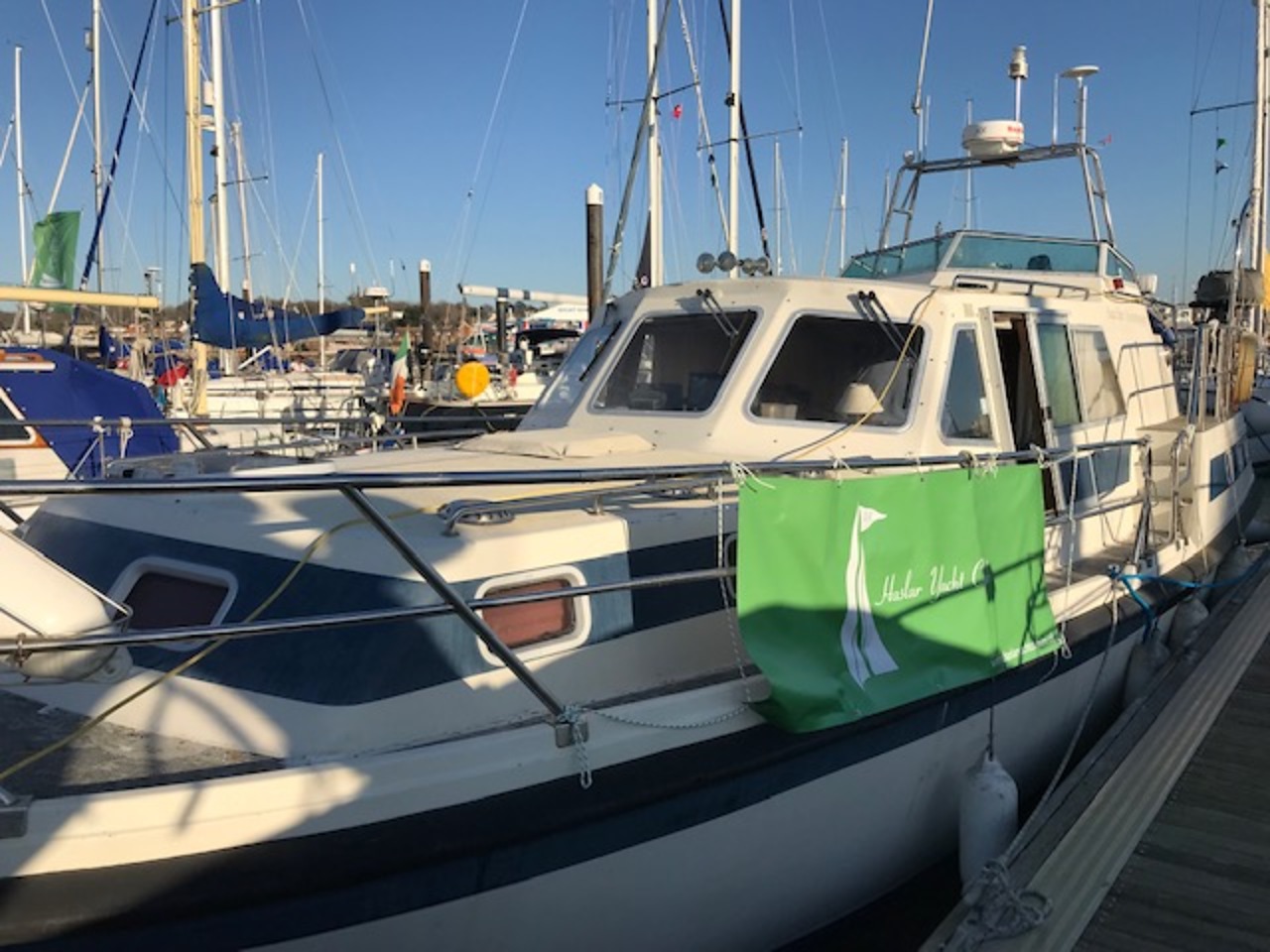 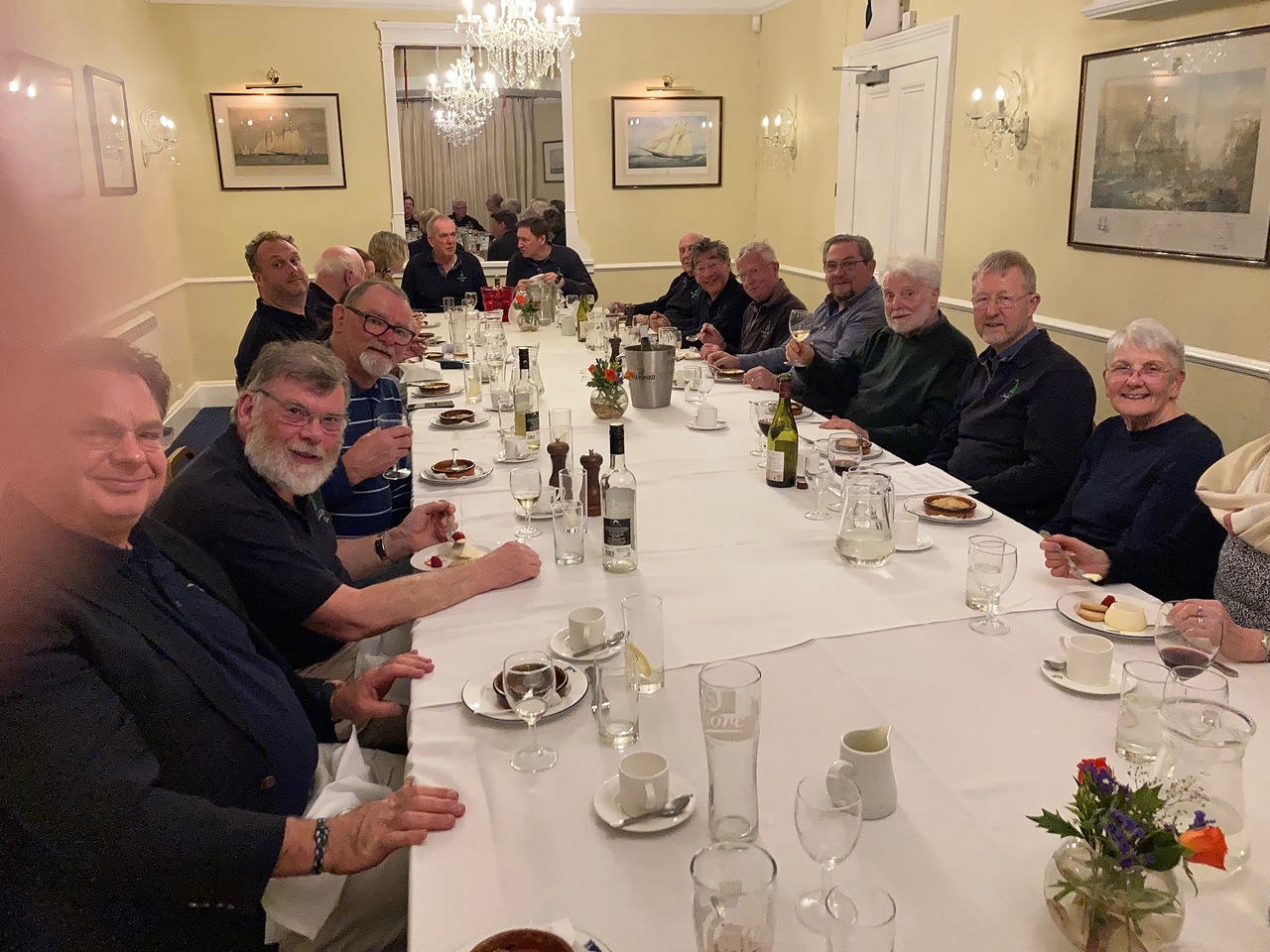