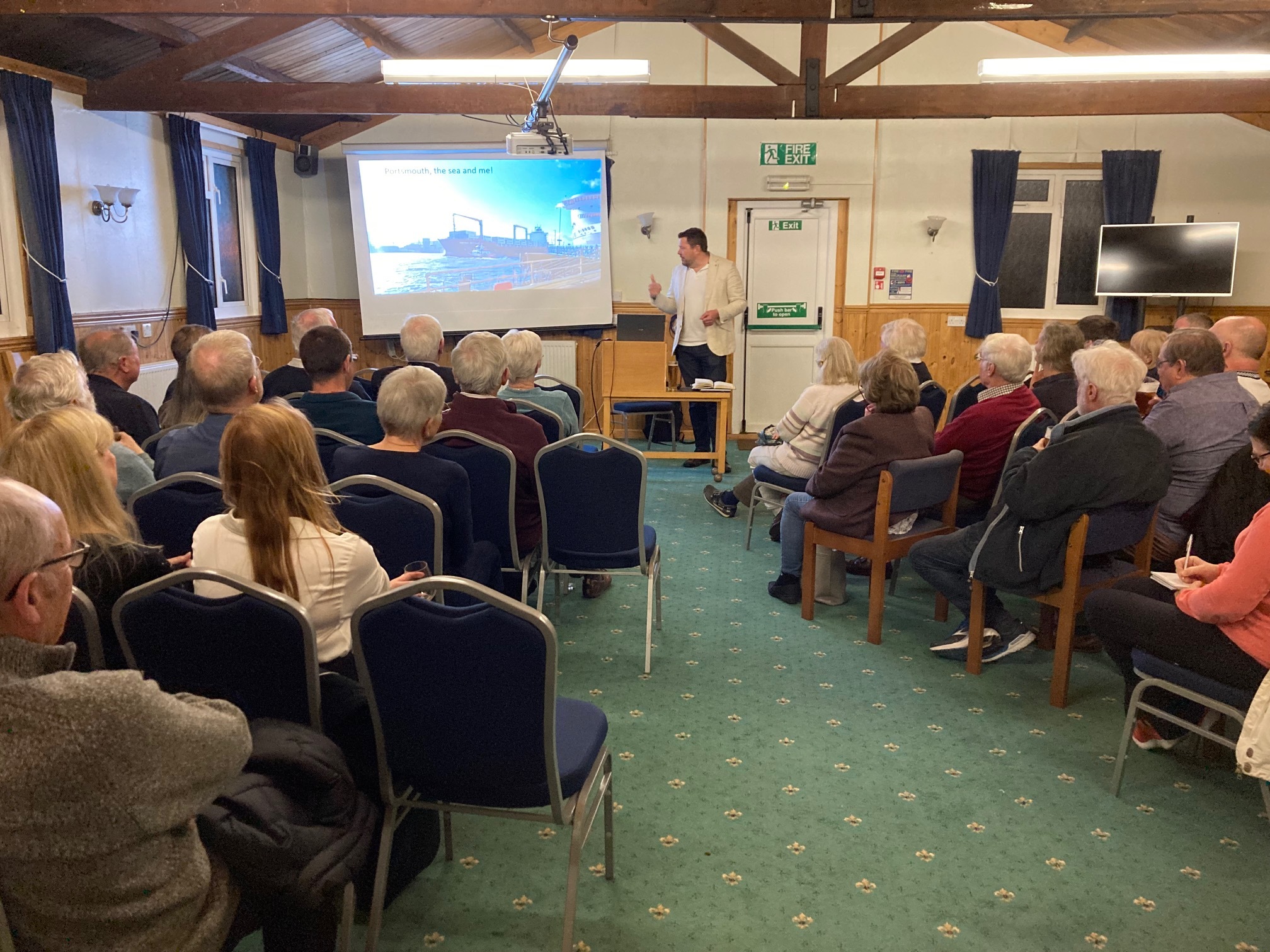 After an introduction by Jeremy Nicholls, Ben started by telling us this was his first presentation as Harbour Master.  He is a local man who raced National 12s growing up, mainly at Portchester Sailing Club.  On leaving school he wanted to work on the water, so took on a cadetship with the Royal Fleet Auxiliary.  He worked his way up to Operations Officer on RFA Argus and became a Master Mariner.

He saw service in the Falklands, as well as counter narco terrorism in the Caribbean.  Then 9 years ago he joined Portsmouth Port as Deputy Harbour Master.  Now that he is Harbour Master, he is responsible for all commercial shipping movements and pilotage, while QHM controls all military shipping movements and pilotage.  They have a joint safety system.

Ben has 4 full time pilots, plus 2 part time pilots (who are ex Southampton pilots).  He will need another 3 over the next 5 years, and it takes 3 years to train a pilot.  Ships over 150 m board the pilot at the Nab Tower, smaller ships board them at St Helens.

The port has major fruit imports from both Africa and the Caribbean, especially bananas.  Its exports include trucks, aggregates, steel, paper, grain and wind turbines.  Recent projects have included loading and unloading yachts, dredging, disposal of rubbish exposed by the dredging (including disposal of an old mine at a cost of £10,000) and the removal of an old jetty to create more space.

The harbour now has space for larger cruise ships up to 300 metres.  Virgin have committed to Portsmouth for beyond 2024.  Portsmouth City council made a massive investment to build a brand-new berth which will have shore power for the cruise ships.  The pilots and the captain of the first Virgin ship were able to have a joint session at the simulator in North Harbour Lakeside.

Going forward, the port will have deeper berths for container and cargo ships, and it will be able to accommodate new electric ferries from the Isle of Wight.  Refuelling the new generation of LNG ships will be a future challenge.  The local infrastructure will be upgraded with smart ferry gates, an upgrade to the round-about and junctions, smart highways and driver notification systems, and an integrated park & ride facility for ferry and cruise services.

Currently the port supports 5590 local jobs, this is expected to double within the next ten years.  As an island nation, shipping remains the most important method for trade and a growing industry for travel, and Portsmouth intends to improve and expand its services in the safest, greenest and most sustainable ways possible. 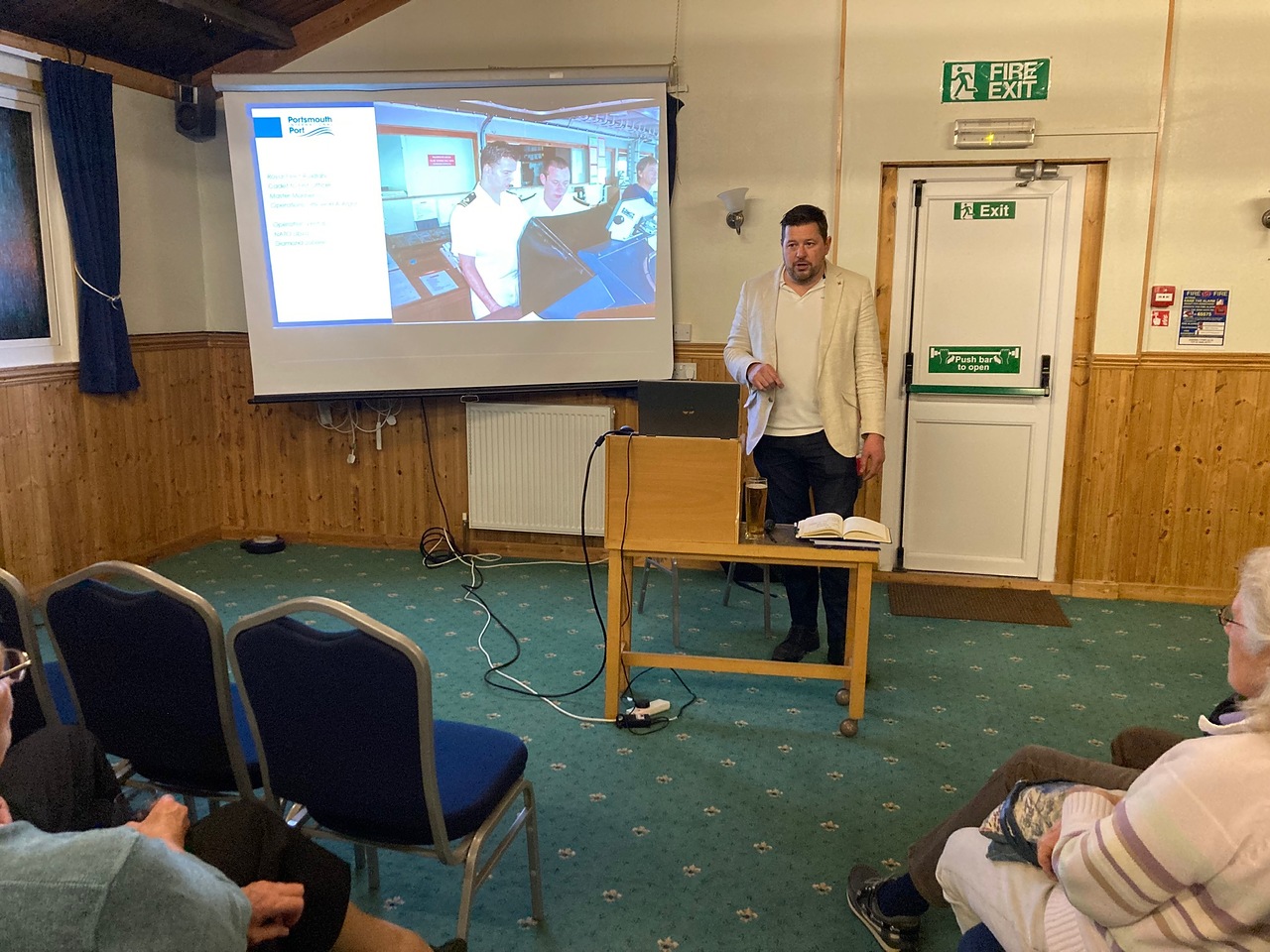